An Invitation-Only Complimentary Collaborative Virtual Event for CISOs, Directors of Information Security, CIOs, and their Deputies 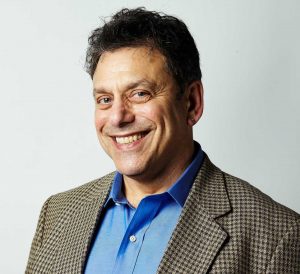 Richard, a well-known Cyber Security leader, evangelist, advisor, and speaker, brings over 30 years of management experience, including being a CISO for 15 years. He is an ISSA International Distinguished Fellow, is on their Honor Roll, and is president of the ISSA Los Angeles Chapter. He has been on the OWASP Global Bd, and led the OWASP LA Chapter for many years.
You may have heard Richard’s interview as a Cyber Security expert on Will Ferrell’s Ron Burgundy podcast: 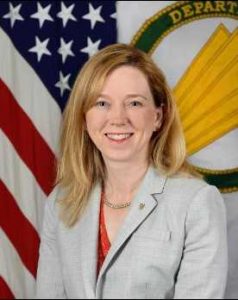 Heather is a former DoD intelligence senior executive and seasoned combat veteran currently serving as a Professor of Practice at the Applied Research Laboratory for Intelligence and Security and a consultant where she advising on national security, counterintelligence, human intelligence, insider threat, critical technology protection, supply chain risk management and industrial security concerns.A highly skilled human intelligence and counterintelligence officer with deep operational experience honed through close to three decades of world-wide service, Heather’s experience is particularly relevant today as companies struggle to balance risk and reward while defending themselves from the onslaught of threats from state-sponsored IP theft, cyberattacks and malicious insiders.

A West Point Graduate, she served extensively abroad in Afghanistan, Iraq, Bosnia, Europe, and Asia while serving US Army at every echelon between platoon and corps, as well as in the intelligence community’s strategic enterprise, Heather transitioned to the technology sector before returning to serve the nation as a senior executive, where she served at the White House’s President’s Intelligence Advisory Board, the Undersecretary of Defense for Intelligence, and the Army Staff.

Heather earned a Bachelor’s of Science from West Point and is a graduate of numerous advanced intelligence community and military schools, to include Jumpmaster and Airborne School. She is an Advisory Board member at the Gula Tech Foundation, a civic effort focused on closing the cyber skills gap in America. She is also national security fellow at the Foundation for Defense of Democracies and serves as volunteer Senior Advisor the Maker Mask, a nonprofit technology-based effort to support effective community responses to the COVID-19 crisis. 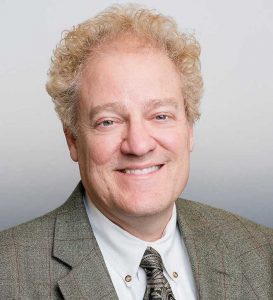 Barry has been a member of the Cyber Security community for almost 30 years. He is a well-respected member of the Cyber Security community attending BlackHat and Defcon on a regular basis, volunteering at R00tz, the “village” for all the younger attendees at Defcon. As an early adopter of the Internet, he secured companies he worked for as they connected to the Internet by building, configuration and managing firewalls, securing gateways and working with teams on application security.

He has been a member of FINRA’s staff for 20 years and has made significant improvements to the company’s security posture in malware prevention, spam blocking, network isolation and security architecture. He was twice received excellence in service awards for keeping the company protected from malware that has devastated other companies. Barry played a large role in securing FINRA’s move to the AWS cloud where FINRA is one of the largest data processors in AWS. His work included secured application designs, micro segmentation, DevSecOps and automation of security related tasks. Prior to that, Barry worked at GE Information Services securing their e-commerce solutions as they first entered the “internet age”. He was an early adopter in doing application security testing of websites prior to their being publicly available and deployed a secured VPN gateway for file uploads and document interchange. 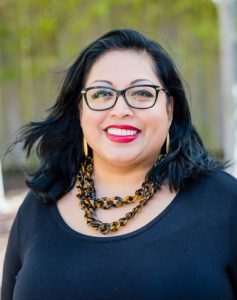 Manju is an industry Security leader and seasoned CISO with over 20 years of experience in building cyber security, post breach & risk reduction programs in Fortune 50. Most recently, she was a Security Leader at Verizon Media, where she helped lead an essential security team defend against adversaries to protect over a billion users, where she implemented a Security Culture program focusing on risk-aware behavioral change and engineering empowerment. Manju held several leadership positions, including Chief Security Officer of Splunk, Security Leader at Apple, RSA, and Bank of America. She is an advocate for education in the workforce, strength through diversity and inclusion, boosting female representation in information security, and the intersection of security with human rights. 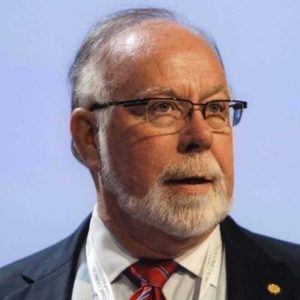 Since retiring from the federal government (Senior Executive Service) he has broadened his executive experience by serving on various boards of directors, CEO of tech startups, Executive Director of a non-profit research center, and Special Cyber Advisor to the government of Moldova among other ventures.

He currently serves as Founder and Chairman of the Board of CinturionGroup, a global provider of international fiber optic cable communications systems and services delivering high-reliability and high-capacity solutions via the next generation of fiber optic networks. Current project is connecting Europe to India and Singapore through Israel, Jordon, and Saudi Arabia. 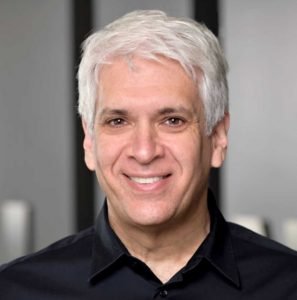 Ira Winkler, CISSP is CISO for Skyline Technology Solutions and author of You Can Stop Stupid.  He is considered one of the world’s most influential security professionals, and has been named a “Modern Day James Bond” by the media.  He did this by performing espionage simulations, where he physically and technically “broke into” some of the largest companies in the World and investigating crimes against them, and telling them how to cost effectively protect their information and computer infrastructure.  He continues to perform these espionage simulations, as well as assisting organizations in developing cost effective security programs. 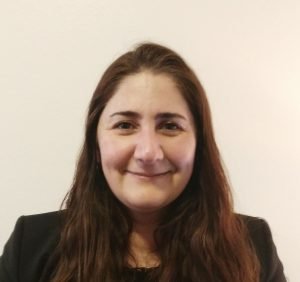 Cybersecurity Leader with over 20 years of experience in financial, entertainment and retail industries, managing all aspects of the cybersecurity program from governance and strategies to technical, operational, risk and compliance, with focus on creating and bridging partnership between business and cybersecurity. 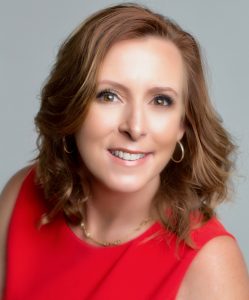 Global Head of Security and Technology Risk Management for Wayfair

Marnie Wilking is the Global Head of Security and Technology Risk Management for Wayfair, the world’s largest online destination for the home. Marnie has more than twenty years of experience aligning cybersecurity strategy with business objectives to support and accelerate growth. She has built and led Cybersecurity and Enterprise Risk Management programs to meet business and regulatory needs for Financial Services, Healthcare Technology, and E-Commerce companies worldwide. Marnie currently serves on the Board of Directors for CyberCrime Support Network, a non-profit created to meet the needs of those impacted by cybercrime, and advises several cybersecurity startup companies. Prior to Wayfair, Marnie was Global CISO for Orion Health; Senior Director of Security Compliance for Early Warning; and Information Security Officer for Wells Fargo Mortgage. She holds the CISSP, CISA, and CISM designations, as well as an MBA in Technology Management and a Bachelor of Arts in Mathematics and Statistics. 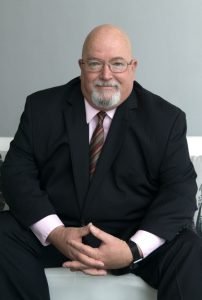 Bruce Phillips is senior vice president and Chief Information Security Officer for WEST, a Williston Financial Group company, which creates industry–leading technology to streamline and fully integrate the real estate process. He is responsible for the company’s information security practice, as well as its litigation and forensic support services. Bruce has more than 30 years of experience in the financial services, insurance, title and escrow, real estate, healthcare and defense industries. His key areas of expertise include data protection, risk management, cybersecurity and technology. Bruce provides knowledgeable assistance to lenders, real estate agents, and title and escrow companies recovering from a data breach, and offers guidance on regulatory compliance, strategic planning and processes and procedures. He also advises lenders, real estate agents, and title and escrow companies on how to avoid phishing scams as well as what steps to take if they have already been a victim of a scam. Bruce is a sought–out speaker on information security, data protection, risk management and litigation support. He is a Certified Information Systems Security Professional (CISSP) and is a member of the Information Systems Security Association (ISSA) ®. 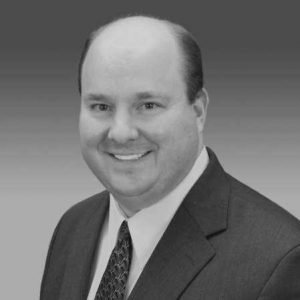 Dan Meacham is the VP of Global Security and Corporate Operations for Legendary Entertainment, the movie and television studio behind such hits as Godzilla vs. Kong, Enola Holmes, The Hangover, and Interstellar, among many others.

When it comes to cybersecurity, Meacham has done it all. As the 2021 SC Media CSO of the Year, the 2020 ISE West Security Executive of the Year, a CSO50 2020 award winner, and the 2014 Cyber Security Leader of the Year by Los Angeles Business Journal, he’s a respected cybersecurity voice.

He has 12 technical certifications; he’s been trained by U.S. Secret Service and NSA members. He’s worked at law firms and in healthcare, at accounting firms and food service companies. Meacham continues to push the edges of cybersecurity, frameworks and partnerships as an industry top contributor and advisory board member in the IT cloud, cyber security, and media and entertainment communities. 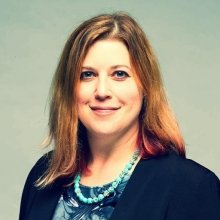 Allison Miller is the Chief Information Security Officer and VP of Trust at Reddit where she oversees trust & safety operations and data security across the company’s Safety and Security teams. With over 20 years of building teams and technology that protect people and platforms, Allison is known for her expertise in designing and implementing real-time risk prevention and detection systems running at internet-scale.

Prior to her current role, Miller led the engineering efforts for Bank of America’s information security organization. She also held technical and leadership roles in security, risk analytics, and payments/commerce at Google, Electronic Arts, Tagged/MeetMe, PayPal/eBay, and Visa International. Miller speaks internationally on security, fraud and risk, co-chaired of the O’Reilly Security Conference, is a Trustee for the Center for Cyber Safety and Education, has held board roles with ISC2, SIRA, and Keypoint Credit Union. Talent and technology veteran, Deidre Diamond, Founder, and CEO of CyberSN and Secure Diversity, has created the largest cybersecurity talent acquisition service and technology firm in the U.S while focusing on the cybersecurity talent shortage, specifically the shortage of women. Deidre’s mission is to remove the pain from job searching and matching for everyone. Deidre cares tremendously about people loving where they work and has been working to create cultures that have high EQ (emotional intelligence) skills. These skills focus on words and behaviors. Deidre is known in the D/I community as someone who works hard at making sure words and behaviors are inclusive for all so that inclusive environments can also be diverse environments.